They are cancelling Girl in Red because she’s “transphobic.” I’m going to scream. 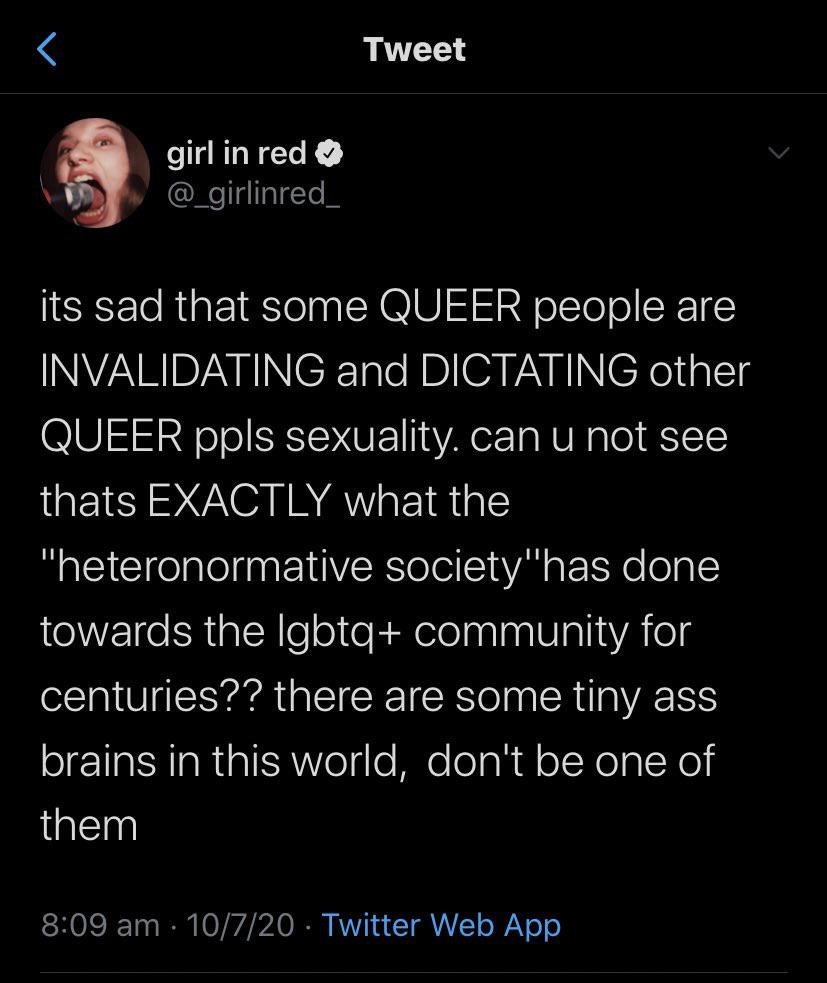 Further explanation: idk how imgur works lmao. Context: Someone commented saying how hard it is as a non-binary lesbian to explain your identity to people. Then she got mad because GIR blocked her. So ofc everybody was like TRANSPHOBE!! But then further digging showed the girl is a “bi lesbian,” so people started to side with GIR because maybe the girl was blocked over that. I also saw some people arguing you can’t be non-binary and lesbian, so I guess there’s hope.

Currently #girlinredisoverparty is trending on twitter, and I see a lot of posts automatically being like OMG WE CANT HAVE ANYTHING. Like can we stop blindly cancelling people over nothing? Does anyone actually read what happened? Probably not, they just hear transphobe and brigade. I am TIRED.